I remember when I first read this book; I enjoyed it immensely – especially because some aspects were completely unpredictable. After a good few years had passed, I decided to reread it on a whim, to see if it would still amaze me. Surprisingly it did, despite knowing everything.

Manipulative and clever are the first words that come to mind when describing this book. It’s written in such a way that the reader cannot help but make certain assumptions throughout in the absence of explicit details. Whether these assumptions are right or not is a different matter entirely.

The plot was slow but carefully thought out. The patience required to find out the identity of the criminal and for the confrontation to happen mirrored the patience required when undertaking revenge. The end scene, when the game of cat and mouse had reached its conclusion, was heart racing and extremely satisfying. The descriptions of St Oswald’s were written skilfully; they created a foreboding and almost eerie atmosphere. Equality, gender and class were often commented upon throughout the book.

The unidentified revenge-seeking protagonist was a nicely developed character. Although motives were sometimes unclear as well as downright confusing, it was really fascinating to read about their past. This was presented through flash backs, that were weaved within the present day. Moreover, one thing that was incredible was the fact that clues had been scattered within the narrative. Essentially, it was possible to piece together their identity before the unmasking at the end. Additionally, Mr Straitley, the other main protagonist, had been nicely fleshed out too. It was an enjoyable experience reading from both characters’ perspectives. Both voices were very distinct and had their own style.

Rather a small detail, but the use of chess pieces was a brilliant touch. It added something to the book and the whole chess analogy was made so meaningful towards the end when everything comes together. The use of latin phrases here and there were also nicely done.

“That depends what side you’re on.”

To conclude, this was a cleverly written book with a heart racing unveiling end scene. Albeit it does seem slow at first, it increases the pace right until the very end, and keeps the reader hooked. Anyone looking for a thriller should definitely pick up this rewarding and complex mystery.

P.S. A group of chess enthusiasts checked into a hotel and were standing in the lobby discussing their recent tournament victories. After about an hour, the manager came out of the office and asked them to disperse. “But why?” they asked, as they moved off. “Because,” he said, “I can’t stand chess nuts boasting in an open foyer”. 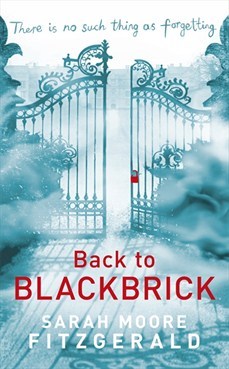 In all honesty, when I first picked up this book, I wasn’t expecting too much. I was just looking for an enjoyable quick read. Thus, I found myself in the children’s section of the library. Despite having very few expectations, I was pleasantly surprised.

The writing was simple but incredibly powerful. It was amazing how well the emotions of hope, heartbreak and frustration came though Cosmo’s voice. His whole personality had been nicely captured through his sarcastic tones and the fact that to him, the world is an uncomplicated place, made complicated by adults. The voice of a child worked brilliantly in this book; it wouldn’t have been half as powerful if the protagonist had been an adult. That innocence, hopefulness and willingness to do the impossible was needed.

The plot, including the concept of time travel and Alzheimer’s was wonderful. The story moved at a good pace and sustained itself the majority of the time. However, during the middle, it did start to drag slightly. Not only this, but one of the events that happened just seemed to be slightly unrealistic and a little questionable even for that particular time period. Yet, the ending totally redeemed this. Although it was bittersweet, it was just perfect.

“Just because you can’t see someone anymore, doesn’t mean that they’re not part of you…”

The overall message was conveyed in a sweet manner. Throughout the book, there were some really beautiful quotes that were heartfelt. One thing lacking was the depth and general character development. Although, firstly this was a children’s book and secondly this wasn’t the main focus, some added depth to the characters – especially Cosmo and Kevin would have been appreciated. Nonetheless, the bond depicted between the two both in the past and especially in the present was wonderfully depicted.

Not really an issue or a criticism, but sometimes it was hard to place the book (as in categorise it). The writing style and language used suggested it was a children’s book but some of the topics touched about had more of a teenager/adult air to them. Of course, this had absolutely no impact on the reading experience and was merely a passing thought.

In conclusion, this was a story about love, hope and loss. It dealt with a complex theme that is close to many people’s hearts in a touching and understanding manner. It was simply delightful. I would absolutely recommend this.

I came across this particular book whilst I was browsing for my next read. The title and overall design of the book immediately caught my attention. To top it off, it was a swashbuckling adventure  – one of my (many) weaknesses when it comes to books . Thus, I just knew I had to read it. By the end of it, I had some incredibly mixed thoughts.

The writing was outstanding. The way the tense moved effortlessly from present to past, and then back to the present again was done in a masterly fashion. Occasionally, there was a slight ‘choppiness’ to the plot – some scenes and characters didn’t quite fit properly. The way certain important plot points were revealed through flashbacks was nicely done. The pace of this felt perfect. Additionally, the sheer detail of the numerous fights stunned me.

In relation to the writing style, one thing that really struck me was the amount of profanity used throughout the book.  It got to a point where it became too much. In some cases, it felt like it had just been thrown in there for no discernible reason. This was one of the aspects that made the book less likeable for me personally. Another aspect that diminished my liking was the brutality and somewhat vulgarity of some of the scenes and dialogues. Nonetheless, this isn’t necessarily a flaw, but rather a personal preference.

“The first rule of the sword is – put the pointy end in the other man.”

The actual plot itself was extremely fast paced  – to the point where there was hardly any time to even breathe properly. As soon as one situation had been resolved, the trio found themselves being thrown straight in to another one. (The saying out of the frying pan and in to the fire comes to mind). This was a tad frustrating at times. Plus some of the wins the Greatcoats had felt downright unrealistic and a little cheated in a sense.

Furthermore, there were a couple of plot points that weren’t really accounted for properly and threw up a load more questions. On the other hand, seeing as this is a series of books, I expect these to be answered.

The characters of Falcio, Kest and Brasti were amazingly written. All of them completely encapsulated the meaning of camaraderie and brotherhood. Their interactions had been skilfully written and although there was a lot of humour (which had me chuckling many times), there was also depth to their bond. The trio was very reminiscent of ‘The Three Musketeers’. Falcio’s character in particular was extremely complex – there were  undercurrents of madness and darkness behind his lightheartedness composed exterior.

In conclusion, the writing style and characterisation were pretty much on point. Yet for some reason or the other, I didn’t enjoy this book as much as I should have. Perhaps it was just the brutality or the fact that the Greatcoats at times were just a little too lucky in their fights. I’m not entirely sure what it was, but something just didn’t gel for me. Don’t get me wrong; I don’t regret reading this book at all. But I honestly doubt I’ll be reading the rest of the series.