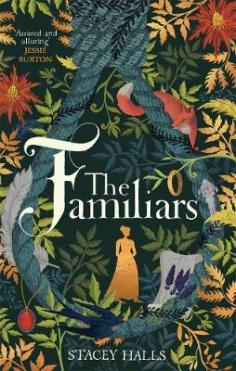 I will admit, I was reluctant to read this book given that historical fiction isn’t really my cup of tea. However, given that I should broaden my horizons, I thought I would give it a fair shot. In all honesty, I’m glad that I did – not to have done would have been a grave mistake indeed.

A slow start, but it was needed for the reader to be fully immersed in that time period and gain an understanding of a woman’s role and expectations as dictated by a patriarchal society. It was striking to see how even though centuries have passed, very little has changed under the surface; women are still expected to fulfill certain ‘duties’ (e.g. get married, have children etc.) and much as we may not like to admit it, today’s age is very much rife with double standards (e.g. if a man has slept with multiple people, he generally gains a favourable reputation, yet the opposite is true of a woman with the same history, which is shown quite plainly in the derogatory labels used). ‘The Familiars’ did an incredible job of highlighting the lack of differences between the past and present in that respect.

The first person narrative was intimate and gave a deep insight in to the life of a young married gentlewoman. Fleetwood was a woman very much of her time – meek, unquestioning and naïve about things that ‘should not be of concern to a woman (of luxury)’. Due to her own narrow perspective on life, as a reader, it was sometimes claustrophobic being inside her head for the whole of the story. Nonetheless, she became a strong willed character full of resolve, who refused to be bound to (some of) society’s constraints.

Nevertheless, it would have been very interesting to glean other perspectives – especially those of Alice and Jennet Device. Alice simply because she was the one of the accused, and Jennet’s because she was the main accuser – why someone would accuse their neighbours of witchcraft is somewhat understandable given the hysteria created at the time. Yet, why a child would go and accuse their own family in a heartbeat is simply beyond me – was it just for a promised new home? Could someone  be that cruel and heartless but more so, incredibly naïve to believe empty promises in exchange for such a heavy price? It was amazing the way this story was able to throw up these thought provoking questions.

Another character’s perspective that would have been interesting to explore was Roger’s. Although Fleetwood made some logical assumptions, his motivations were still a little unclear, given his established position in society – was it simply a bid for power and the easiest way to get it was accusing innocent women of witchcraft, or did he actually believe and fear his own accusations, so much so that he was willing to fabricate evidence?

Arguably, perhaps Richard was the most intriguing character of the entire ensemble. Whilst all the other major characters were more black or white, Richard fell within the grey area. He didn’t exactly have bad intentions as such (unlike Roger, it’s hard to come up with a convincing case for Richard) but neither can he be completely absolved from blame despite redeeming himself towards the end. (How much he redeemed himself is questionable – although he managed to speak in Alice’s defense at the trial, he still left Judith and his illegitimate son at the end without supposedly a backwards glance).

It would have been incredibly fascinating to see how a trial would have played out if a woman of societal standing had been accused of witchcraft (i.e. Fleetwood). I realize I’m starting to digress a little and that this is not a history book that delves in to the many different scenarios and perspectives of that time – to fully sate my curiosity, perhaps I should look in to building a time machine 🙈

Throughout, vivid descriptions were stitched in, providing a real sense of the atmosphere and terror felt by the accused and non accused alike. Beautiful portrayals of the landscape and surrounding area had also been provided. The writing was straightforward and precise.

The ending did not tie up all the ends, but enough was there to provide a semblance of an ending. Through this, a sense of uncertainty was conveyed which felt realistic and was kept with the overall tone of the story.

In a nutshell, this was an amazing book that bought attention to women and their place within society. Even though a handful of centuries have passed us by, how much in this respect has actually changed for the better? It made me acknowledge that perhaps not much has changed – at least not as much as I previously thought.

P.S. I didn’t think a chiropractor would improve my posture. But I stand corrected. 😋 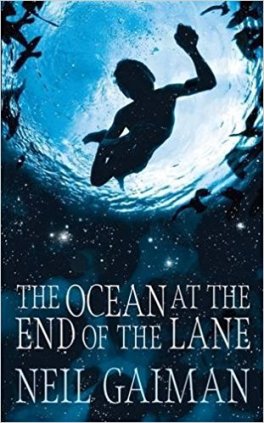 At a first glance, the simplicity of the writing and straight forwardness of the plot could easily class this as a children’s novel. Yet appearances can be rather deceiving (as aptly also pointed out in this very novel).

“Nobody actually looks like what they really are on the inside. You don’t. I don’t. People are much more complicated than that. It’s true of everybody.”

Gaiman skillfully presented a narrative entwined with magic, mystery and nostalgia. The imagination behind this story was simply incredible, with subtle references and world truths weaved throughout. The terrifying yet beautiful world so effortlessly created was powerful; it immersed me to the point where I refused to leave it until sleep overtook my determination to read ‘just one more chapter’.

The characters were fantastic and held a deep truth – children create a world of their own; a world that adults either cannot understand or simply refuse to. The protagonist’s innocence was easy to relate to and left me feeling somewhat nostalgic for my own childhood.  Although the writing may have been on the simple side, the characters themselves were complex, powerful and unforgettable.

The writing could be described as lyrical and sometimes whimsical in a sense, with darker undertones constantly shifting.

“I went away in my head, into a book. That was where I went whenever real life was too hard or too inflexible.”

The plot moved at a fast pace, interspersed with atmospheric moments, some of which were haunting and nightmarish. The whole story felt like a dream in many respects, constantly shifting and changing. There were undertones of sadness and melancholy, especially towards the end – creating a bittersweet ending. An air of mystery remained throughout regarding the protagonists as well as the Hempstocks. But this only added to the overall charm of the story.

“I lived in books more than I lived anywhere else“

In a nutshell, this was a beautifully written story that encapsulates childhood innocence, magic and mystery. It was simple yet complex at the same time, with subtle references scattered throughout. A story that is reminiscent of what it was like to be a child.

P.S. The shovel was a ground breaking invention 😉 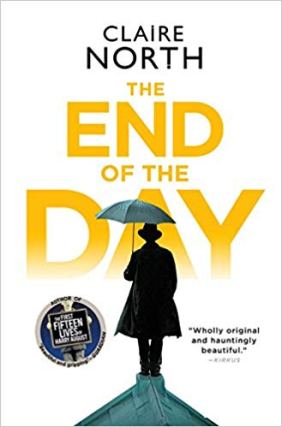 It has been an awfully long time since I last decided to ditch a book and leave it unfinished. Unfortunately, this is exactly what happened with this one, which surprised me immensely given how much I had enjoyed ‘The First Fifteen Lives of Harry August’.

The lack of plot astounded me – it felt as if the protagonist was simply drifting along having encounters with a bunch of strangers; encounters that were not wholly explained nor their meaning made clear. The premise of the book was definitely more than interesting, yet the execution of it was a different story entirely.

“We all die. We don’t have to live our lives fearing it.”

As with ‘The First Fifteen Lives of Harry August’, the sentences in ‘The End of the Day’, had been beautifully woven, providing stunning descriptions of the different places Charlie found himself in . However due to the overuse of ellipsis in dialogues, the narrative felt scattered and messy. Not to mention, the abundance of unfinished thoughts got a tad frustrating to read. I was starting to seriously question if Charlie was capable of  finishing a sentence at all. The random pieces of conversations without context made absolutely no sense and it was rather unclear why these had been included in the first place. Additionally, due to only reading hundred pages or so, I was unable to ascertain whether any thought provoking themes and messages were present.

Given his job and various interactions with people from different walks of life, Charlie’s character should have been intriguing to say the least. However, he came across as bland, empty and generally lacking any sort of personality. Charlie could have easily been described as a rather forgettable character.

Basically a somewhat confusing and disappointing read. The lack of plot and blandness of the protagonist  did nothing to float my boat. This is not a  book I would be recommending anytime soon.

Until next time folks, 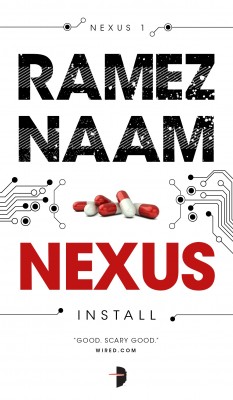 ‘Nexus’ threw up a lot of thought provoking questions that centered around the idea of whether all technological knowledge should be widely accessible to the public for societal good despite the risk of it being misused by some, what is humanity and can it be defined. The question of whether the means justified the ends was lightly touched upon.

Throughout, arguments for both sides were presented concisely, fairly and in equal measure, focusing on the morality of the issue. No definite conclusions were made, leaving it up to the reader to decide which side they stood on.

The technological aspects were well explained and put in layman’s terms as much as possible. The finer details did escape my understanding. Nonetheless, it was easy to grasp the main gist of the ideas presented.

“He who fights too long against dragons becomes a dragon himself; and if you stare in to the abyss, the abyss stares also into you.”

The plot was incredibly fast paced and was chockfull of chases, hand to hand combat scenes and crazy shootouts. A variety of different characters had been drawn out; some more so than others. Sam, Shu and Wats had been brilliantly developed, giving the reader insight as to why they chose particular sides. It was extremely easy to empathize with both sides. Kade was more of a blank slate – which worked well as this echoed the reader in some respects.  His personality was a tad lacking and could have been developed more (this was a minor issue though).

The writing at times was sloppy and a tad disjointed – the dialogues came off as slightly mechanical and wooden. However, due to the sheer brilliance of the questions raised, this was easily overlooked.

In a nutshell, this was an intriguing read that brought to light several questions centered around the morality of technology and ultimately what does it mean to be human. The scariest aspect was that this future may be a lot closer than anticipated. Fast paced, gripping and thought provoking – a definite recommendation.

Until next time folks,

P.S. I ordered a chicken and an egg on Amazon. I’ll let you know 😉