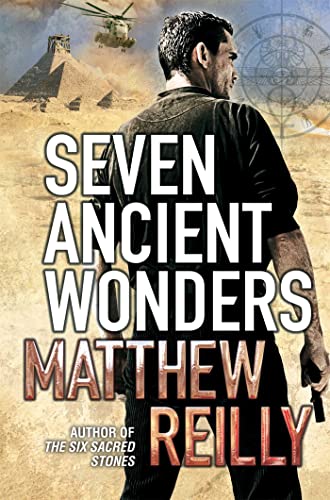 Unsurprisingly this was another recommendation, based on the fact that I absolutely love ‘The Mummy’. I’d admit it, I was far too curious to resist and therefore, found myself curled up in bed at 3am excitedly turning the pages. There were many similarities between this book and The Mummy; however, it didn’t quite the impression that The Mummy had. But then again, that is a near enough impossible feat.

One aspect I especially liked was the fact that West’s team was diverse in terms of the nations they represented and their respective skill set. The bond depicted between them was nicely done, especially their individual relationship with Lily. In relation to this, it was amusing to see how Lily had nicknamed each member of the team. It added that pinch of humour and helped to soften the edges of tension. However, the characters could have been fleshed out more – their personalities seemed to blend in to one another, meaning there was no distinction of voices as such. It was difficult to see the characters as individuals.

There was a deep set feeling that this book should not be read for the literary prowess but rather for the escapism. The plot does an amazing job in providing fast paced action sequences. There was hardly any time to take a breath before being thrown in to the next part of the adventure, making it a thrilling read. I especially enjoyed the different settings and figuring out the clues alongside the team. The whole book read like an action film and would have been far better suited to the screen as opposed to the written word.

One thing that irked me was the overall character of Jack West – honestly it was as if he was invincible and at times I genuinely questioned if he actually needed his team except for Lily (for obvious reasons). Given that this is a series with Jack as the protagonist, it made me wonder if there would be any further character development.

Overall, this was more plot heavy rather than character based. It’s a great book for pure escapism. Yes at times, there had to be a suspension of disbelief, but it still made for an enjoyable read. No idea whether I’ll be continuing the series.